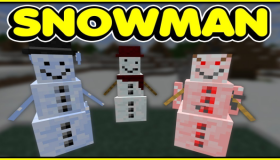 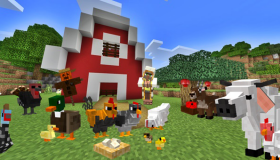 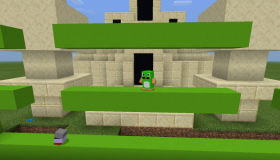 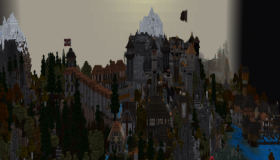 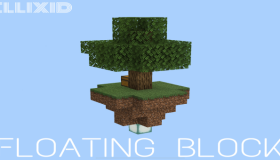 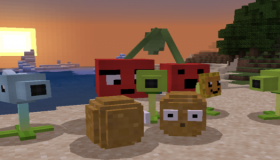 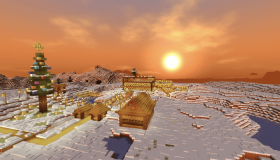 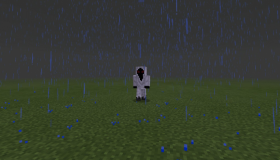 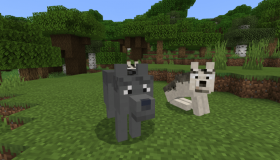 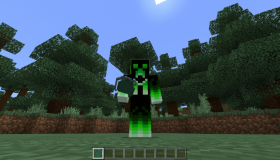 The idea of this Supplement is to identify the parameters that have been hidden for unknown reasons or they were scheduled for one of the following versions of Minecraft Pocket Edition. Most of them are not functional, meaning You cannot enable them in the options. This is likely to render, to give You an idea of what may be introduced in the future. You can add paramert as: Maximum frame rate (fps) and the ability to disable the beta text.

Simple Sky Adventure is a pretty hard map where You have to survive on different sky Islands. They differ from each other in complexity. You should always be alert, because there lurk new dangers for life and death.

This Supplement introduces the Christmas gifts and Santa Claus in the familiar world of Minecraft. You can just open the festive box or blast it with a torch to get an unexpected surprise (e.g., diamonds). This addon also adds a few pieces of jewelry that You can give the gaming world the true spirit of Christmas.

Chocobo is a fictional animal from the game series "Final Fantasy". This giant bird, which is very similar to a chicken or ostrich. You can tame these birds and used for riding. They are very fast and they can not take damage from falling. And let's not forget that Chocobo look very cute and exists in seven different colors!

Flintlock pistol old gun, which was first introduced in the 17th century, now such already is not in use. This addon will execute the dream - to shoot with a flintlock pistol in a hostile world of monsters Minecraft. The weapon replaces the bait, so by using this Supplement, You will not be able to fish.

Agent Pig - a great addition for those looking for assistance in dealing with hostile monsters in the world of Minecraft. The addon makes the usual pig-like James bond. She will get a great combination of speed and power that will relieve the majority of threats throughout the adventure in the game.

DefScape is an elegant and very high quality texture pack. He looks great especially in the medieval or modern types of cards. Each block texture is worked out in detail due to high resolution, namely 64×64 pixels. Panache pleasing to the eye and not tiring. Sky, clouds, water, etc. were altered.

The amendment introduces several different bandits in the familiar world of Minecraft. Two of them hostile to the players, and one neutral. The addon is undoubtedly cool, if You lack of difficulty in the game or just want diversity among mobs attacking. But not all the evil bandits. For example, Punk will help to deal with enemies if they get close to him.

This addon adds two aquatic reptiles: Mosasaurs and Tylosaurus who lived in the time of dinosaurs. Both are fierce marine creatures, so I do water in the world of Minecraft is much more dangerous for those who like to swim. Fortunately, these lizards rarely come across as live only on certain water expanse.