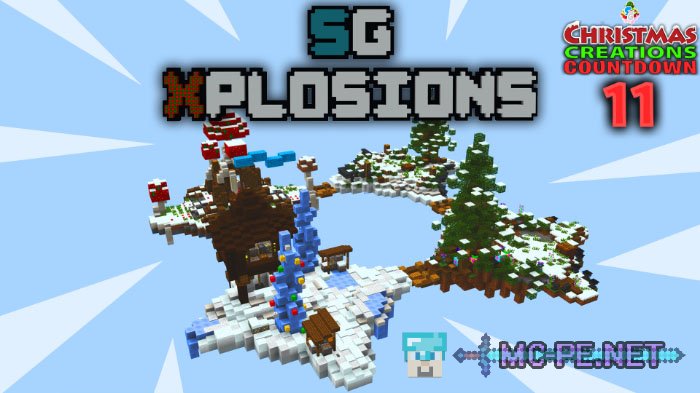 Before You map a floating Pvp arena made Christmas decorations to create a festive atmosphere and give a cheerful mood. It consists of four Islands that are connected by bridges. Click on the portal to start the game. Before the fight You are given the opportunity to choose from five whales, which includes everything you need for battle and survival. Call your friends in multiplayer mode and start an incredible battle. Use your ability to knock opponents into the abyss. Party, remaining all alone in the arena wins!

How to install SG Xplosions XMas on Minecraft PE

Fantasy Creatures Battle to replace the four vanilla mobs of Minecraft to battle fantastic creatures. They are all hostile even to each other. If these mobs will intersect, we will immediately begin the battle. Imagine the battle of Goblin, demon warrior, werewolf and a Minotaur. I'd put You?