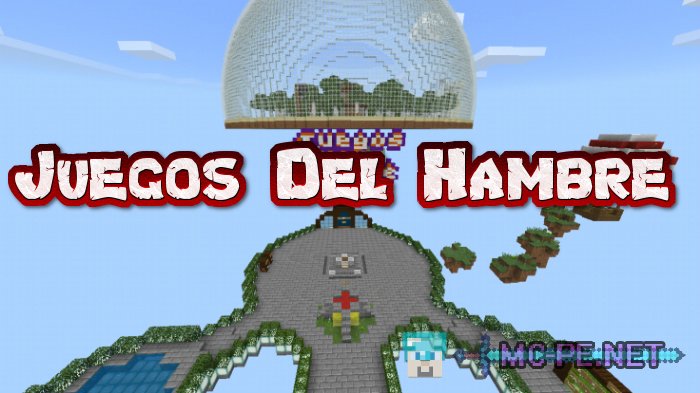 How to install Juegos Del Hambre on Minecraft PE

SG Minigame Festival - perfect map for those who like mini-games. This map contains a total of three different games. All mini-games, except one, are multiplayer games, so be sure to invite friends to the game.  mini game Murder Fest (requires at least 3 players), SwitchFest (requires at least 2 players), Hunt Package (requires at least 1 player), There are three different mini-games, and all of them can be played on a single map. You will also find detailed instructions for each mode on the map. In Murder Fest as soon as the game starts, one person will be chosen as the killer and another player is chosen as the detective. The other players are victims, the purpose of which is to survive as long as possible. The killer must kill all players and for these purposes he has a sword. The detective must find and neutralize the killer with a bow.

Japanese Garden Arena is an amazing place to battle with your friends to find out who is the best Pvp fighter. Arena implies a battle 1 on 1, but you can create a match between two teams. The design of the entire creation is based on Asian architecture. The developer with the nickname Luma first to use this style to create a Pvp arena. Overall, it came out very nice. Perhaps the map will appeal to fans of Japanese culture.