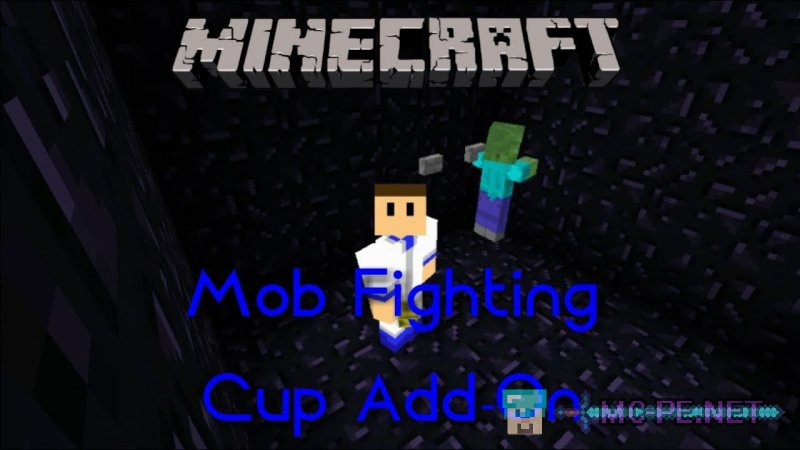 How to install Mob Fighting Cup on Minecraft PE

In the quest you have to go more than 30 tasks (dungeons, interactive NPCs, CTM, boss battles and various adventures, which are constantly developing game mechanics - all of them are registered in the updated Book of quests and the quest Log (can be found in the menu).

In conquest mode (something like Battle Royale) 4 teams of 1-4 players in co-op or against each other to take control of 5 control points.

This addon replaces the usual five mobs of Minecraft mythical creatures. They are all hostile. The werewolf attacks only at night. The monsters look pretty scary. This is really a wonderful addition if You like to fight with different mobs.

Presented Supplement will give some hostile and peaceful mobs the power of the elements, which will make them more powerful and dangerous. For example, the villagers will have control over electricity, and they really will shoot lightning. If You are in search of something new, then download and install this addon, it will give You a lot of different mobs, never before unseen.