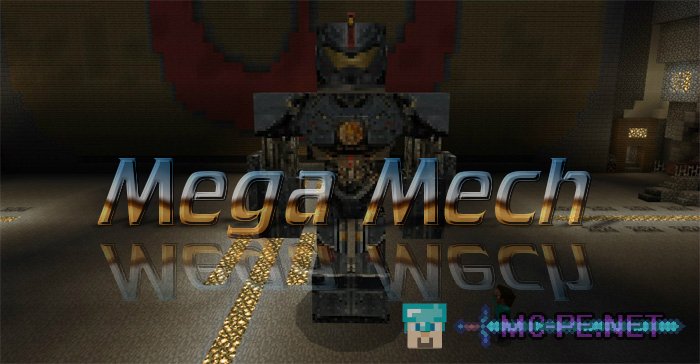 This addon adds a huge mechanical robot that can be controlled by the player. The idea the developers came after watching all the famous movie "Pacific rim". He is a science fiction and talks about a future where the human race manages with giant machines and fight against alien-like sea monsters. The robot is definitely cool because it can fight a war with hostile mobs in the world Minecraft.

How to install Mega Mech on Minecraft PE

This addon brings into play the modified skeleton. This is the next generation of the usual mob. Bone material was replaced by metal, causing greatly increased strength and increased skeletal health. With the monster survival mode will be much more difficult. Also the skeleton has taken on a more fearsome appearance. However, there are still some things that need to be added in a future update, for example, the audio characteristic of the robot.