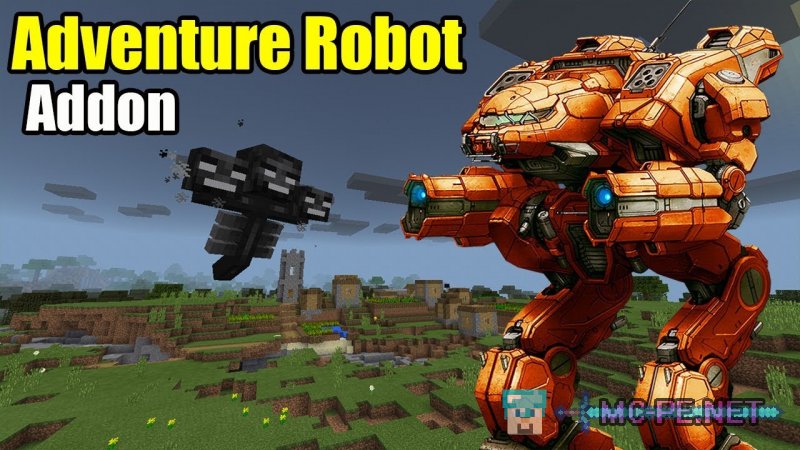 How to install AdventureRobot on Minecraft PE

This addon modifies the usual boss Ischitella and turns into an evil super robot that is able to convert the world to hell in a few seconds after his appearance. It looks like a nightmare! However, although the robot Iskusitel and seem invincible, yet he has his weaknesses. His appearance has changed a bit, he got a new texture, as well as accompanying sounds, peculiar to the mechanical creature.

This addon brings into play the modified skeleton. This is the next generation of the usual mob. Bone material was replaced by metal, causing greatly increased strength and increased skeletal health. With the monster survival mode will be much more difficult. Also the skeleton has taken on a more fearsome appearance. However, there are still some things that need to be added in a future update, for example, the audio characteristic of the robot.

This addon adds a robotic Mech suit in the game. You can wear a suit to control it and even fight in it. It works very well and is a really needed addon for those who like modern ways of warfare in Minecraft.