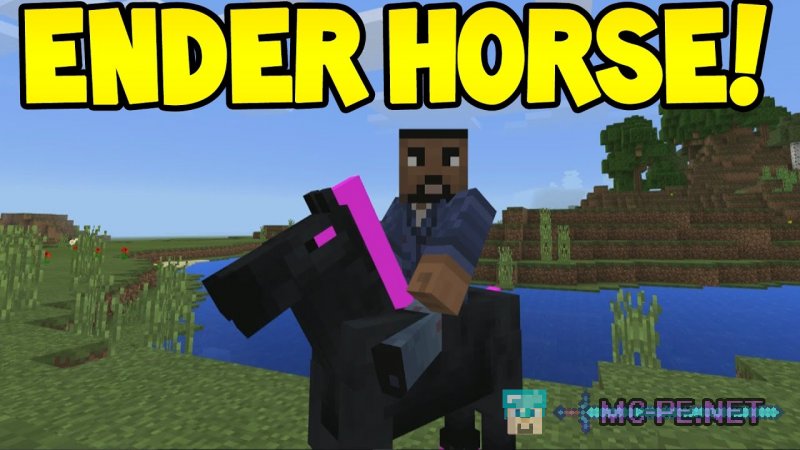 It was a little horse-skeleton horse and zombie. Now invented and Ender horse! It will spawn in the normal game world, has 33 heart health and tamed as a simple horse. It is able to suddenly teleport to a random point. To drive it you need a saddle, and jump height it is capable of 5 blocks.

How to install Ender Horse on Minecraft PE

This addon will introduce unmatched spherical nucleus of the famous game "Portal" and "Portal 2", which will dilute our ordinary life in the world of Minecraft. The idea of the spheres came to the developer to mind after meeting directly with the game "Portal" and watching videos on YouTube. All the online adds ten cores, each of which has its own function. They are created in order to have something to give, instead of receiving the desired.  will soon be introduced to even more new areas, as Glad0s is already at work on an update. Also the Supplement includes the threat of turrets. If You happen to encounter them in the wild, but still is on their radar in survival mode, then, believe me, You will not last long!

Ant World makes all the mobs of the familiar world of Minecraft is much less. Also reduced their health and strength in order to match its size. Actually creatures more ants, but in their eyes You probably will look like a giant and maybe even God.

Redefine the usual parkour. Instead of having to move around the obstacle course by yourself, You'll do it on horseback! The developer believes that animal control is not as easy as an ordinary character, so the map can be difficult to pass. Presents parkour can be tested in single mode or play with friends in multiplayer.